Nidec approached SGX in 2016 about developing a custom booth to replace a truss system that had been used at key U.S. shows. With an objective to create booth properties that could be configured for exhibits ranging from 10 x 20 to 40 x 40 and larger, SGX set out to design an exhibit that was flexible, inviting and reflective of Nidec’s standing as one of the industry’s most successful and prominent companies. SGX was pleased to introduce Nidec’s new booth at AHR Expo in Las Vegas early in 2017. 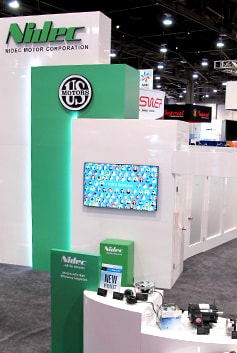 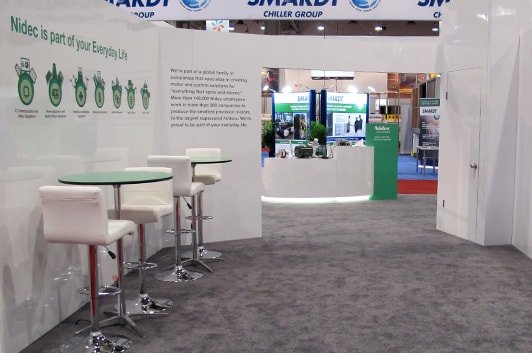 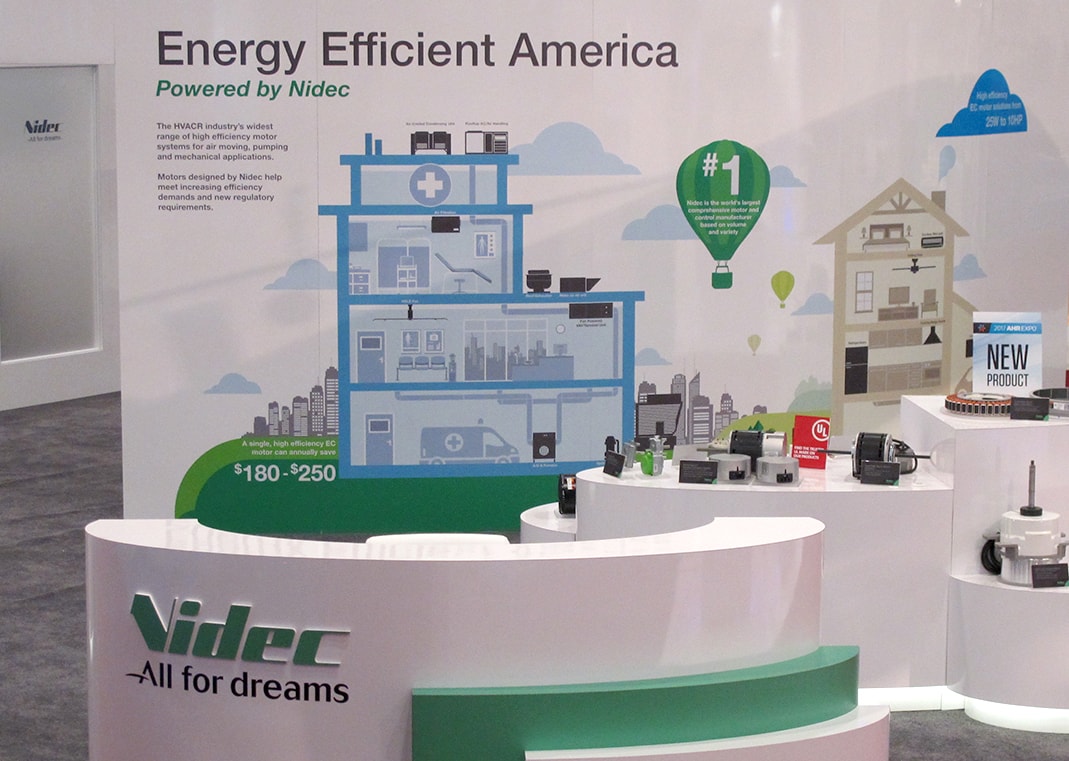 With a 16’ tower and attached mural wall as the centerpiece, the new exhibit features clean lines, excellent functionality, and integrated display pods to showcase Nidec’s large offering of motor and control products. Since its 2017 introduction, the new exhibit property has been used in various configurations at 7 different shows. Early in 2018, an additional 10 x 20 property was designed and built to accommodate Nidec’s growing trade show schedule.